What is the difference between DICOM and PACS? Skip to content 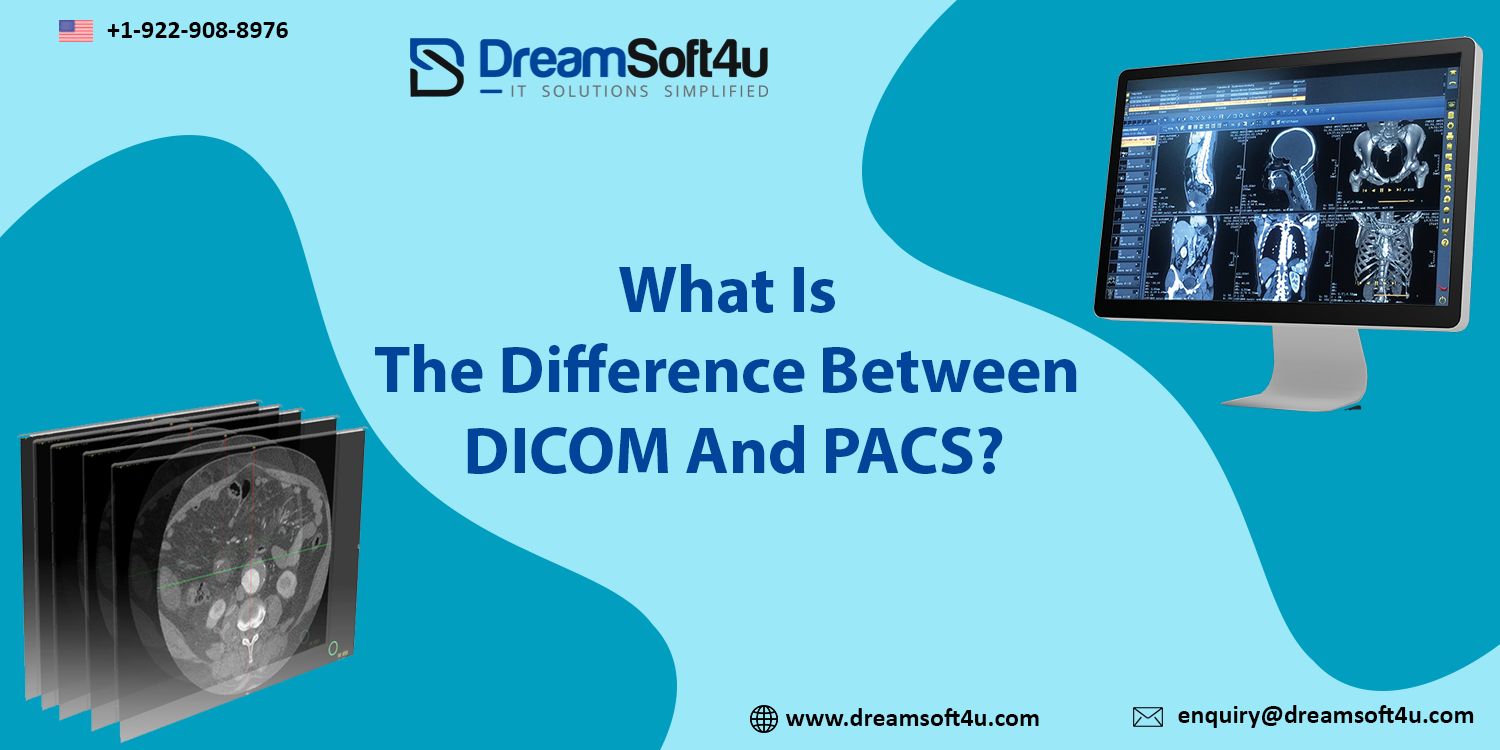 Healthcare experts utilize a sequence of jargon to convey about themselves, without any surprise in it. People from different industries communicate with each other. This instance is better acknowledged by the folks working in radiology. They require some terms that should be specific to their working hemisphere. DICOM and PACS are such terminologies. So, what is the difference between DICOM and PACS? The post here conveys all these questions in-depth.

In the present day, the utilization of scientific techniques like X-ray, CT (computer tomography) Scanners, MRI, etc. collects enormous amounts of data. Humans are not that much capable of understanding the terminology, thus, DICOM and PACS come into play. These decode the entire information for human understanding. Now, How? This would be understood better with the below context.

DICOM is fully explained as the Digital Imaging and Communications in Medicine. It is by far the best international protocol for medical data exchanges. It indicates file format, in which information is presented to the user such as DCM, DCM30 (DCM3.0) file extensions. Our article on What is DICOM in Healthcare gives enough information on the same service. It was established by NEMA & ACR.

Picture Archiving and Communication System is abbreviated as PACS. It is assigned to establish an easier path for handling the medical images when it is needed to examine the status of the documents. Simultaneously, the PACS helps in storing the 2D and 3D images.

It is made up of four crucial elements described in the pointers. It acts as the integrating element of all services in the healthcare industry. It performs functions like capture, store, view, and share medical images to external and internal sources.

Four Crucial Elements Are As Follows:

What is difference Between DICOM and PACS?

The two terms are not that much far from the same approach i.e. reading information from the images and distributing it as the acknowledged place. Thus, we have pointed some of the differences that can drive significant dissimilarities between the two terms. So, let’s read out the major concerns:

Pacs is the terminology meant for the radiology department. When it comes to this department, it stores gallons of images and files on a daily routine for giving the best diagnosis and treatment to the patients.

Professional radiologist utilizes PACS for saving their all medical diagnostic files. The data is also shared with the respective medical team. It is accessible at any point in time, people can search through the information and retrieve the images as well.

Experts describe that the major concern of PACS is to store and manage all the images. These are being then utilized to get a status of the documents, patient health, etc. Simultaneously, the data can be accessed anywhere anyplace hence, it speeds up the treatment process and eventually the recovery.

The technology facilitates the radiologist to view the digital images by zooming in and getting a closer aspect of the health conditions. It also ensures that the radiologist can manipulate the image. It then helps in better viewing and analysis that ultimately helps in a better diagnosis of the problem.

One more addon while using PACS is it facilitates magnificent data management efficiency. It reduces an imperative count of duplicate images, it keeps a record of all the previous data electronically.

The best part of PACS is it provides quick access to patient images and reports. It enables tests to be conducted flawlessly and anywhere. Simultaneously, the outcomes can be shared electronically anywhere.

Many benefits separate DICOM from PACS. The most important part is it can convert the CT, MRI, X-ray, Ultrasound data into readable ones. Other promising advantages that differentiate DICOM from Pacs is:

1. Suitability with IT Industry:

DICOM is best merged with the Information Technology (IT) sector. In 2010, the digital pathology got deployed in the DCIM standards. This integration was accepted by all the healthcare providers. It allowed them to use digital pathology in their prevailing IT sector, moreover, without spending an extra penny.

Also Read: What is EPIC and EMR Integration Challenges

The extensions wherein the images are kept offer high performance whenever these are being utilized. The image with a higher resolution offers the highest data. Here supplement 145 works and recommends a consideration to keep the images in pathology and then maps sub-regions from the layers into the DICOM series.

Most of the scanners are not being able to capture the whole slide of the images and these are specifically maintained under DICOM standards. It allows the scanners to avoid the un-captured area and make small-size images.

So there was a difference between DICOM and PACS. Hopefully, the article has covered a significant differentiation between the two terms. Simultaneously, both technologies have provided their specific benefits in the healthcare sector. Hence, the differentiation presented in the article describe the suitability and functioning of both technologies.

No spam, notifications only about new products, updates.
PrevPreviousHow SMART on FHIR Improving the Healthcare World
Next How Home Health Software become a big picture?Next

How to Choose the Mobile App Development Platform

It is simple to decide to develop a mobile application, but it is extremely important to choose the correct mobile technology platform for your project.

How to make an On Demand Car Wash Mobile App

In today’s world, the concept of the On-Demand car wash app is becoming very popular among peoples. If someone wishes he/she can have his /

Why is Patient-centered care important in Healthcare?

Patient care nowadays is the priority issue, especially in this rolling pandemic. Healthcare since 2019 has served and suffered a lot and still somehow managing