How Does an API Work? 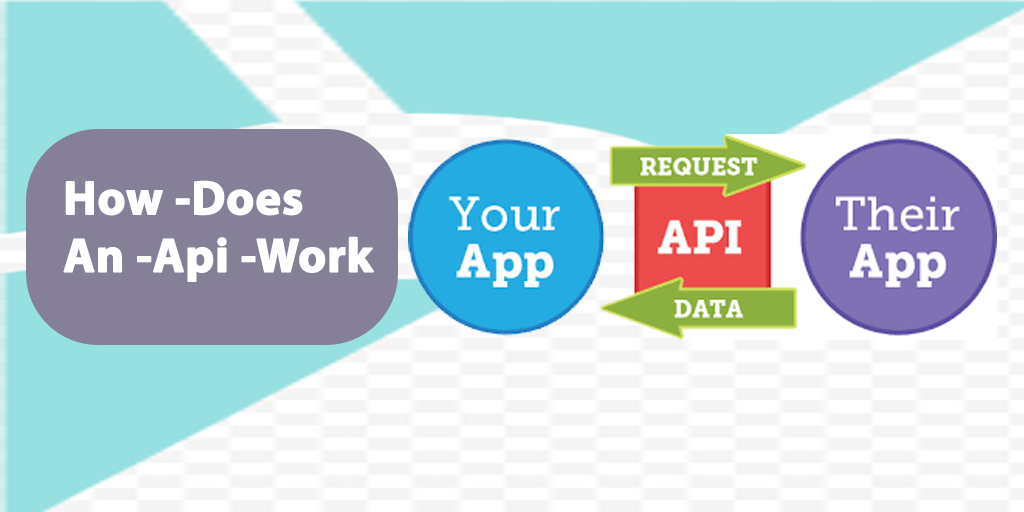 In the world of fast pacing technology, many of you have come across the term API. The terms stand for Application Programming Interface. It acts as the term card when it comes to the development process. What is API and How Does an API Work?. You will get to know about the Types, Terminology, Tools, Features, Best Practices, etc. So let us get started!

What is API Development?

Application Programming Interface is abbreviated as API. We have heard this term zillion times when it comes to developing an application. API Technology is a set of guidelines, needs that empowers a software or an app to incorporate features of another app. This is a way to facilitate some sort of communication between two apps.

Many of us have played candy crush, well a popular game with zillions of follows. You must have seen an action where the game asks you to Connect with Facebook via the button. Once you hit the button, it accesses your page without asking for login credentials. This happens when we implement the API concept in the development.

An API is the fundamental unit of all the apps that coordinates with data and brings communication between two products or services. The technology enables a mobile app or platform to share its data with another app and gives a seamless experience without involving the developers.

What are the Two Core Components of API Development?

Majorly, the API holds two components i.e. Technical Specification and Software Interface. The details on these two prominent components are discussed below:

It enables data exchange options between the two solutions. The component acquires the respective specification in the form of data delivery protocols and requests to process the same.

Read Also: What is System Integration?

It is a written specification that represents the term itself. The software which needs access or functionality from the software itself treats it as API. Simultaneously, there is a need to specify the requirements on how data will be shared.

What Are the Types of API?

There are many APIs accepted universally based on their release specifications. On a usage note, there are 4 kinds of popular API in the IT sector:

These are meant for organizations or sole proprietor businesses. The interface of the apps is constructed in a way to improvise the services and solutions. These API are mainly utilized by the Contractor as well as the in-house developers to create new suits. Moreover, the apps’ interface part remains with the person who is associated with the publisher, even when the app is available to the ordinary public.

These APIs help to integrate the software between two parties. This mechanism is highly and openly promoted and shared with the partners who have signed the bond with the publisher. A company can attain a surplus amount by allowing its partner access to data and capability benefits. Besides, the developers can keep a check on the 3rd-party solutions which utilize the APIs to render a smooth user experience or not.

Such APIs are also termed external or developer-facing. Similarly, the third-party developers have got access to the same. The main role of these APIs is to enhance brand awareness. Simultaneously, it offers extra income if properly deployed during development. There are two prominent categories of Public APIs:

As the name suggests, these are utilized for gathering different services and data APIs. The entire scenario is developed by adjoining existing API characteristics to allow multiple tasks in a single count. Composite APIs excel the speed and performance of the listeners in the web interfaces.

All types of development have some customization possibilities in them. So as the API segement. Here are some of the terminologies one should understand before having custom API Development done.

A unique code or combination of digits that are utilized in the computer programs for verifying user, developer, or calling program.

The points where the interactions between server and API are held are known as Endpoint.

JavaScript Object Notion is abbreviated as JSON. It is an informational (data) format that is used for interchanging the data from APIs. This interchange of information or data can be held between a web app and a server or two applications.

A methodology to request data from the server at a specified resource or destination.

OAuth is also known termed as open-standard verification or authorization framework for APIs. It provides secure and prohibited access to the end-users data which further has to be utilized by the app or third-party websites without getting an eye on the password.

This is the duration taken by the API to respond to a request. The more its takes, the more it results in latency.

The method to administering the rate of incoming as well as outgoing traffic is termed rate-limiting. It is observed as the total no. of request that a user sends to API.

The usages of API by the client are monitored for a specific duration. This entire process is called API throttling.

What is the API Development Tools?

Tools are the elements that a developer puts to use when developing an API. Here in this section, our team of Dreamsoft4u has shared some of the popular and amazing tools. Get an eye on these elements to get your API Development done:

Google has offered the Apigee tool to the developers in building API for many different apps. The tool is very helpful when the organization is upgrading its pioneer apps. Simultaneously, it is useful when data transfer between apps and services to be done. Utilized in the making of connected apps too.

Dredd is an HTTP API testing framework. It helps in authenticating the API description by going through the data very carefully.

So this is a good technique from the developer’s end. It is utilized to built SDK from API for 10 platforms. It converts API description into multiple formats i.e. WADL, Swagger, RAML, OAI format, IO Docs, API Blueprint, etc.

This API Development Tool helps in analyzing the performance of the API by documenting and testing it. This also enables automation in the development.

It is an open-source software utilized for performing evaluating for RESTful API.

It is an open-source framework that is utilized for API Development.

What are the API Development Characteristics?

An API Development has so many benefits once it comes to development. Before building any of it, you should contemplate a few points in mind:

The data grows when the website grows. It becomes difficult sometimes to get access to the entire information. This is when pagination comes into the play. Pagination is the number of pages displayed just after the end of the page.

It refers to the total number of pages in a particular category. The user on the app gets an account of all the pages with the related information. It facilitates information, conditions applied, and modifications.

Chache helps in retrieving lighten speed ratio. Once the data is ready for consumption in the form of a memory database, it reduces the cost of your requests. The best tools for developing cache strategy are Redis, Memcached, etc.

API Wrappers are known to be containers or some sort of purely language-specific packages. It joints multiple sets of API Calls into user-friendly functions. The wrapper functionality also calls numerous API calls without interacting with the user.

HATEOAS stands for Hypermedia as the Engine of Application State. It is one of the units that come from REST Application construction. Here any information which is directly linked to various forms of media like Text, Images, Videos, etc. is concluded as Hypermedia.

After collecting all sorts of information on API Development, the coming section will describe the cost of building this kind of system. Read ahead.

How Much Does It Cost For An API Development?

After taking a notion of all the aspects associated with API Development, here comes the vital element which remained undiscussed “Cost”. Many of you contemplating on the Internet that what is the Cost to Develop An API?

Well, this section has got it. You can check the estimated costing involved in API development. All the features i.e. API Type, Tools, Features, etc. impact the development at high standards.

On average, developing an API generally costs around $20,000. The cost is estimated when you are developing a secure, documented, and fully functional API. The development is impacted by several units which have been discussed already.

Conclusion:
So this was all about API Development. The context deals with API Definition, Types, Tools, Features, Costing, etc. If someone is planning to have an application like gaming or entertainment, then the user approaches a good API developer, asks for the best type, and kicks-start the API Development.

Want to connect with more and more audiences to build your brand and increase your sales? Here is the list of 15 Social Media Marketing

What is FHIR? Health Level 7 (HL7) has been studied by many people in healthcare, but not everybody at a super-technical level may be familiar