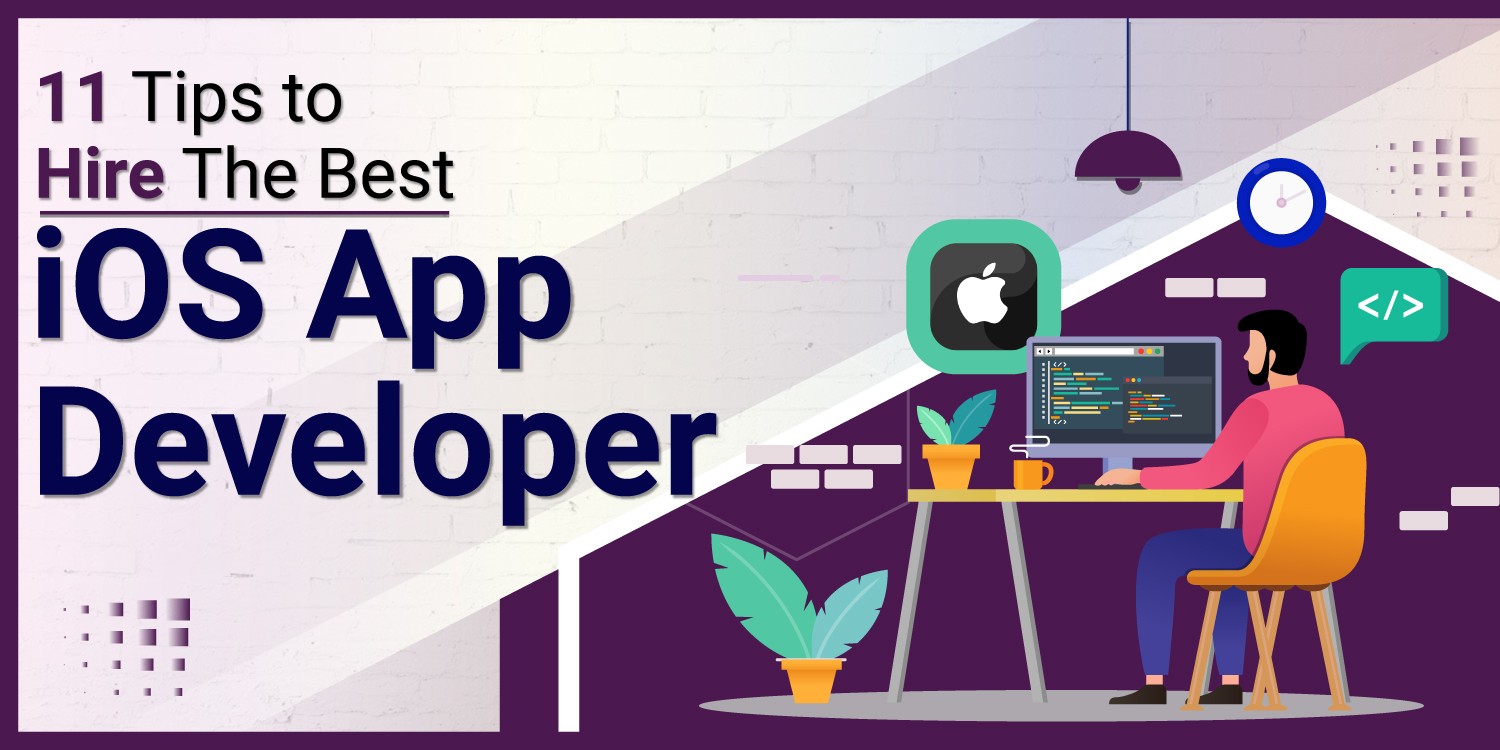 At the moment, iOS and Android are two of the most popular operating systems. For developers, iOS has become a very lucrative platform with the flexibility and advanced features. Due to advanced knowledge of iOS development, recruiting an iOS app developer can be tricky, because iOS apps need to be of excellent quality. Which can only be developed by a professional iOS app developer.

In many regional markets, including the US, Canada, Norway, and France, iOS is still the dominant platform. In other words, opt for iOS and search for suitable software developers to recruit if you want to earn substantial revenue pleasing wealthy smartphone users. Before you hire iOS app developers, there are some points that you need to bear in mind. Let’s get them addressed in detail:

Determining the worth of all iOS app developer immediately goes down to considering the degree of expertise they possess in their respective areas in development such as information on Swift language, special thinking, design guidelines(MVC-model), networking, core info, Grand Central Dispatch (GCD), use of GitHub, etc.

The candidate’s portfolio is an opportunity for you to verify the real level of their talents, competence, and experience. Ask your future iOS developer for hire during the interview for information about the tasks and responsibilities of their last projects; learn more about the style of work they prefer, and personal tech accomplishments.

Note, with your iPhone, you can also check applications created by the applicant or search for feedback on their work on the Internet.

4. It is more beneficial to have one who is experienced

When you employ an experienced one, fixing bugs, ingenuity, better problem solving, team management, meeting deadlines, etc. can be done well. The management of instruments and software is not going to be new. So, as per your requirements, they will work more effectively and carry out the best iPhone app.

Before recruiting them, it is important to check the skills of developers. Do not only employ iOS App Developer based on coding, since the creation of apps is more than coding. Proper functional design and a good user experience in the mobile app will be expected. It is also easier to avoid a developer who is only interested in coding and has no design, utility, and software testing skills. So, when you speak to an iOS developer, make sure they don’t just talk about their coding skills and provide the app’s usability with minimum info.

If a mobile application development company is at its initial growth stages, developers from the final screened list of applicants living nearby should be recruited and wouldn’t mind working for his or the company’s benefits for some extra hours.

7. Decide on another person who has been working on the Beta Edition

To fully understand how it works, programmers who are relevant in their capabilities download the beta variations of the most up-to-date running devices. Retain services from another person who has worked to be certain positive outcomes with your application with the beta variant of iOS 6. This sort of individual person would have a strong head start over other developers who initially use iOS 6.

Communication involves sharing information between both parties either by writing, speaking, or using some other medium. A hassle-free conversation is a quick process that helps you to comprehensively explain the specifics of your project and needs

If you have agreed to employ a freelancer iOS development team, you have to discuss the resources you can use for communication and task management. Skype, Slack, Jira, and a lot of others may be them.

9. Don’t Be a Cheapskate

Many who want to save money would always make poor choices because, as opposed to having the best possible smartphone app, they would like to save a few extra bucks. This attitude is not wise. It will contribute to a decision that is potentially deplorable.

If the rates offered to seem to be too good to be true, that is because they are. Since they are able to deliver, software development companies charge a certain price for their services. The price will always commiserate with the level of service obtained.

10. Awareness to questions and emails

Reviewing customer testimonials is one of the best tips. Actions talk more clearly than words. It’s also true in this situation. If the clients of your iOS developers are reputable and often work with them, then it means that they have real skills.

You’ll get to see how they can do in the long run if you get to know their customers and check their testimonials. In addition, the testimonials of clients often illustrate how strong they are in soft skills and management. The positive testimonials show that the iOS Development Company or iOS developers are good at teamwork and would probably be a good choice.

DreamSoft4u is one of the Best iOS App Development Company in USA, understands the importance of app building especially for Apple phones. Developing iPhone friendly apps can be a lucrative and should be done properly by hiring the quality app developers.

No spam, notifications only about new products, updates.
PrevPrevious8 Reasons Why Every Business Should Invest in Mobile App Development
Next 6 Common Mistakes during App DevelopmentNext

Why Investment in Magento-ERP Integration is a Good Option?

Which is easier Android or iOS Development?

Mobile phones have become the cornerstone of society today, and they come with lots of technological innovation. Some mobile phones are so advanced today that

Role of Health Information Technology in the Healthcare Industry

We all have been witnessed the past healthcare system, which means how we saw the healthcare information system as a big room for health information